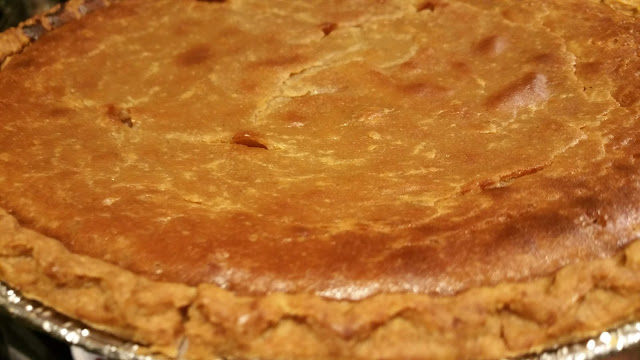 Sweet potatoes pack a mean punch of good for you vitamins, minerals and antioxidants.  They are one of the most nutrient dense vegetables in the supermarket! The vibrant orange color of a sweet potato comes from its concentration of beta carotene, but it may come in other mediums like red, white and purple! The red and purple ones have higher concentrations of anthocyanins and polyphenols, which are types of antioxidants.  I have prepared all these versions for my Mom and the classic orange is still her favorite.  Apparently, the tastes of those multicolored sweet potatoes are also different, though slight, to a discerning and most admiring critic.  I did find that the purple ones were a bit dry, soft, almost doughy also, or maybe that was my fault.  I think the purple would be suited nicely as a substitute for yams in making Foo-Foo, an African dish composed of pounded yams, kneaded into a sticky ball of sorts, torn off in bits and used as a vessel for dipping and scooping up such delights as Stew Chicken, Peanut or Okra Soup and Egusi, all African cuisine and quite amazing, according to my readings.  I do however draw the line at okra.  I have a disdain for its texture and mouthfeel.
Many consumers think that sweet potatoes and yams are one in the same, which could not be further from the truth.
Yams, which have native origins in Africa and Asia, are a tuber yes, but are also toxic if not cooked before consumption.  They are from the Yam Family, boasting over 600+ varieties and related to grasses, while sweet potatoes are from the Morning Glory or Lily Family. Yams are also Dicots, or have two embryonic seed leaves, while sweet potatoes are Monocots, having only one.  Yams have more starch and are drier as compared to sweet potatoes and their sizes can vary exponentially greater than that of its Doppelganger.
Sweet Potatoes however, are classified as firm or soft, with the softer variety being cultivated second.  The African Slaves found familiarity in the softer version, because it was closer to what they consumed in their homelands, so they began referring to the softer sweet potato as a Yam.
This recipe features the white sweet potatoes and white baking chips.  It was received very well by the kiddoes and we felt it was outstanding served warm.
Recipe:
16 oz. cooked and mashed white sweet potato
1 12 oz. can evaporated milk
1/2 c. salted butter, melted and cooled
3 large eggs
2/3 c. light brown sugar, lightly packed
1/3 c. pure cane sugar
4 oz. white baking chips
2 tsp. Chinese Five Spice
1 tsp. Vietnamese Cinnamon
1 tsp. freshly ground Green Cardamom
2 tsp. pure vanilla extract
1/2 tsp. salt
Zest of one lemon
Prep the sweet potato by peeling and cutting into equal sized chunks and boiling until tender. Drain and remove from water and mash.  Cool slightly before using.  May be done up to 2 days ahead.
Preheat oven to 400*F.
Combine all ingredients in a large bowl and blend  until smooth.
Divide the baking chips between the pie shells, spreading evenly across bottom.
Pour blended mixture between the pie shells.
Bake at 400*F for 15 minutes, then reduce to 350*F and bake until toothpick inserted comes out clean, about 1 hour.
Remove from oven and allow to cool for one hour and can be served warm for a decadent and wonderful dessert with coffee, just add friends and family.
Each pie makes 8 servings, give one to someone you love and adore.
Posted by Denese Smith at 1:38 PM